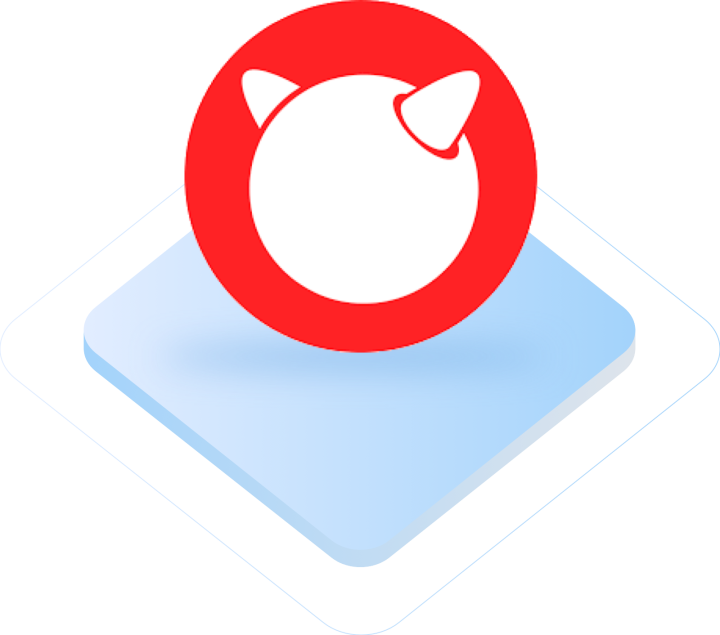 Get the best features from the best web VPS hosting provider. After all, offering the cheapest web hosting with distinctive features is our #1 priority.

DDoS protection
Feeling that your business might be under attack from your competitors? Get VPS in Germany, France, Canada, Australia, or Singapore and protect yourself from those pesky bots.

Expandable
Do you require more RAM? More cores? No problem. Our servers are easily expandable to achieve the desired productivity.
Choose VPS

Storing your website on a shared server is cheap and convenient. If you need a personal server, buy a VPS with FreeBSD. The virtual server guarantees independence, stable operation, and secure data storage. These are not empty words. Let's find out why FreeBSD VPS has become so popular.

Users prefer FreeBSD for its simplicity, predictability, and high reliability. Unsurprisingly, it is considered one of the best and most stable operating systems. FreeBSD works great with a variety of programs designed for Linux servers. In addition, FreeBSD provides the ability to boot third-party products.

What is FreeBSD VPS hosting? A virtual private server (VPS) is the entire server space assigned to a specific contractor. Unlike expensive physical servers, virtual servers are cheap, about $2 - $20 per month. Admins get the control and have complete independence.

In particular, virtual servers are necessary to support your business. It is an extended version of the operating system to respond to it. In this case, we recommend using an operating system called FreeBSD for an affordable price. It has a huge advantage over its predecessors and competitors.

Advantages of such a hosting:

Let's start with a brief introduction. This operating system has been developed for about 10 years. After re-testing, it was a highly efficient configuration of 99.9%, almost ideal. With this system, you can maintain a busy server 24 hours a day, 365 days a year. FreeBSD has no concepts for virtual servers such as weekends and holidays or outages.

The FreeBSD operating system is called "open," It is also supposed to be completely transparent. Compatibility with the IPv6 Internet protocol plays an important role in this. Owners of VPS servers on FreeBSD will not suffer from the paranoia and fear of being under watchful eyes. In general, espionage is excluded in this case. FreeBSD is also protected from viruses. It destroys even the most advanced "Trojan" attacks, leaving your files intact.

A simple, well-organized operating system doesn't cost as much as Linux. In addition, FreeBSD Linux is a few steps ahead. Considering the hosting tariff plan, you will be offered a flexible pricing policy depending on the disk capacity, CPU%, and amount of RAM. Hosting costs are different.

Based on the advantages of this OS listed above, you can express concerns about the level of security of your data and the continuity of transmission. The operating system kernel of FreeBSD contains modules responsible for constantly monitoring connections and their status. In critical situations, reallocate resources and use more RAM to increase the capacity of the connection.

If you need your hosting, you can open it on your virtual server. A natural choice is a reliable and cheap VPS on FreeBSD if you want to open and manage multiple domains, emails, and chats. In addition, you don't need to delve into the administration. Experts will monitor the correct operation of your hosting. In this case, the client has access to all the functions of the operating system and can independently control its behavior.

With FreeBSD VPS, installing programs and applications larger than 1 GB will not overload your hard disk space. By backing up to a secure cloud promptly, you can complete many tasks with just a few boot operations. You can rent the option that suits you best, even using Ubuntu. FreeBSD server is provided as a finished product with a free IP address. Traffic and administrative settings have already been made.